Friends, today I’d like to introduce you to my friend Aminata Coote, who writes at Hebrews12Endurance.com and is an author of several Christian books. Today she is offering us some important lessons to teach your daughter, inspired by her newly released Bible study for teen girls titled: “Royal: Life Lessons from the Book of Esther”.

I have read this amazing devotional and believe it is a valuable resource for any Christian parent raising girls. I’m honored to have her on my blog to share some of her wise insights we can teach our girls from the book of Esther.

Lessons to Teach Your Daughter from Queen Esther

As moms, we have a pretty big job. We are responsible for teaching our children how to survive in this world without us. We have to teach them how to make good decisions and make the right choices. It’s a very big job and I want to make it a little easier for you by sharing six lessons to teach your daughter from the book of Esther. 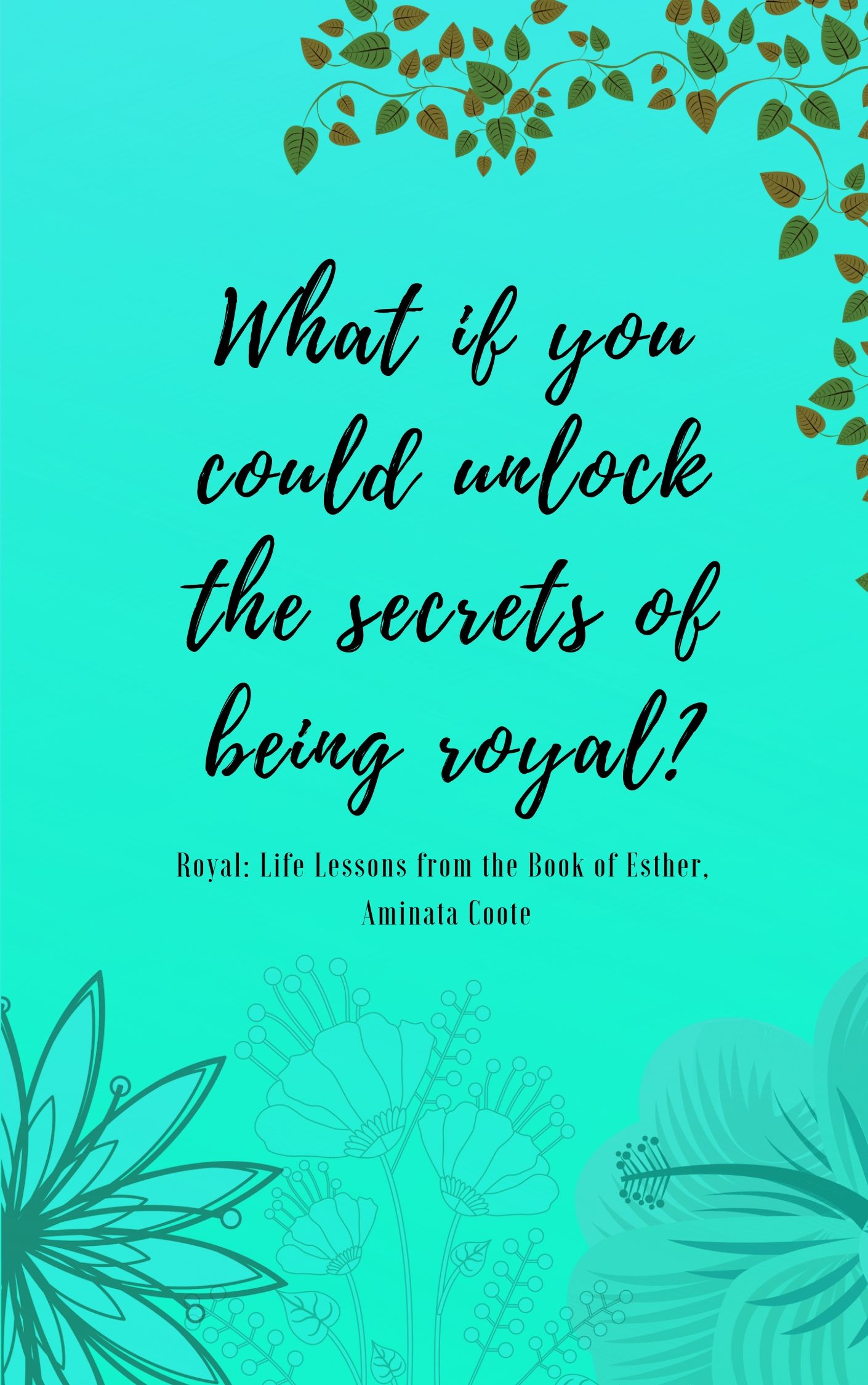 Lessons to Teach Your Daughter

If you think about it, the lessons you learned as a girl had a huge impact on the person you are today. When you thought about having children–if you thought about it at all–you may have had a list of things you wanted to teach them. Then as you became a parent and began raising your child, that list grew longer and much more complicated. There are so many things we want to impart on our growing girls, and I’ve found the book of Esther offers us important life lessons we can teach our daughters. Here are some of those insights gleaned from the story of Esther and the nature of her character.

The Way She Treats Others Matter

Sometimes we forget that the way we treat others makes a difference. We live in a world where everyone is focused on themselves. This inward focus is encouraged by the prevalent use of smartphones, social media, and the internet. We don’t need to be physically with someone to connect with them. And so we forget that the way we speak matters. Our facial expression when we are talking to people matter—even our body language matters.

Because so many of our conversations happen behind the scenes, we are forgetting how to treat others. But it’s not too late, this is one of the lessons to teach your daughter. She can learn that all of us were created equal and should be treated as such.

She can learn to treat others with care and consideration, but especially with kindness. Esther treated everyone she came in contact with respectfully and decently. It didn’t matter if they were a slave in the king’s court or her adoptive father Mordecai. Like Esther, we can treat everyone as we would like to be treated because it matters.

There Is A Right Way To Fight

I love watching teen movies. But invariably, there’s a scene where two young girls find themselves competing for the same thing and one—or both of them—start fighting dirty. One of the lessons we need to learn as women is that there’s a right –and a wrong—way to fight. We don’t have to resort to hair-pulling, name-calling or shaming people on the internet to get our point across.

When Esther had to fight for the lives of her people, she didn’t set herself up as an opponent to Haman and ask the king to choose sides. She didn’t try to use the king’s affection for her against his favorite prince, she took her concerns to God and fasted for three days. Only after she had spent time in her Father’s presence did she try to approach the king.

I get it. Sometimes we get angry and we have to let it out. But we have to remember that anger should never be in charge. Long after we’ve said our angry words or lashed out in anger, the effects remain. Words spoken can never be regained and we may never be able to fully heal the heart of the other person we hurt with our angry words or actions.

If you’ve read the book of Esther, you saw how angry Haman got because Mordecai refused to bow down before him. It was Haman’s anger which caused him to want to destroy Mordecai and everyone associated with him. But Haman’s anger led to his own destruction and the death of his sons.

Queen Esther’s response was different. When she learned that Haman wanted to destroy her people, she didn’t get angry (or if she did, she managed to keep it under control). Instead, she gave herself a three-day timeout and spent it fasting with her maids. At the end of her fast, she was able to deal with Haman’s threat to her people with a cool head.

Teach your daughter the lesson that anger, like fire, makes a poor master because it destroys everything it touches if it is not kept in check.

Our Friends Will Influence Us

Choose your friends wisely because the people we hang around with will influence our decisions and who we become. It took a while for me to get this: I was the girl who fought against what I thought were the irrational fears of an overprotective mother. I didn’t understand why I couldn’t hang out with the girl my mother warned me about. I didn’t realize until much later that my actions had already started mimicking hers—I had replaced my mother’s voice with my friend’s and didn’t always make wise choices as a result.

While we don’t get a snapshot of the people Esther befriended, we saw the impact that Haman’s friends had on his decision-making. Under the influence of his wife and friends, Haman built a gallows on which to hang Mordecai and sought the king’s permission to do so. He was eventually hung on those same gallows. The people we choose as part of our inner circle say a lot about us. They speak to the choices we’re making and the things we’ll eventually allow to influence us.

She Is The Daughter Of A King

It’s not often that we think about who we are. We think about our appearance and possessions and how we measure up to our peers. But we don’t think about the fact that we were all created to be unique individuals or that we were created on purpose for a purpose. We forget that we are royal because we are the daughter of a king.

I hope one of the lessons you teach your daughter is that she’s valuable beyond compare. I hope she knows that her worth is not wrapped up in any material thing and is not measured by the way she looks or what she owns. I pray that you’ll teach her that she’s valuable because she belongs to God. I pray she learns that she is a queen-in-training and needs to act like it.

Learn to Use Her Fear

The things we fear can either galvanize us into action or prevent us from doing anything. Can you imagine how Esther must have felt when she got the news that in less than a year all her people would be killed? If I were Esther, I would have been scared to death. Maybe I would have made plans to secretly run away from the harem. It’s not a good plan, but it’s probably the first thing I would have thought of–especially after Mordecai told me to go to the king.

In those days, if Esther went to the king without permission she could be killed unless the king decided to grant her favor. But Esther didn’t make a secret plot to run away. She decided to stand and face her fears. This is one of the lessons you should teach your daughter: how to be brave.

But bravery isn’t the absence of fear as we sometimes believe. Bravery is doing what needs to be done–the right thing–even when we are shaking in our boots. It’s doing the thing that scares us because it scares us. But while we’re teaching our girls to be brave, teach them the difference between bravery and recklessness. We don’t want them getting hurt because they choose to do foolish things in the name of bravery.

Mom, you’re doing an awesome job teaching your daughter how to respect others and love God. My prayer is that these six lessons for you to teach your daughter will align with what you’re already teaching her.

The book of Esther has a lot more lessons to teach your daughter. Many of them will be discussed in my new Bible study, “Royal: Life Lessons from the Book of Esther” which was written for teenage girls. This Esther Bible study book is perfect for personal or group study. It is an in-depth exploration of the lessons and morals in the book of Esther and covers topics such as the importance of respect, how to be a good friend, and tips for having a relationship with God. Royal: Life Lessons from the book of Esther was published on September 5, 2019, and is currently available for purchase on Amazon. 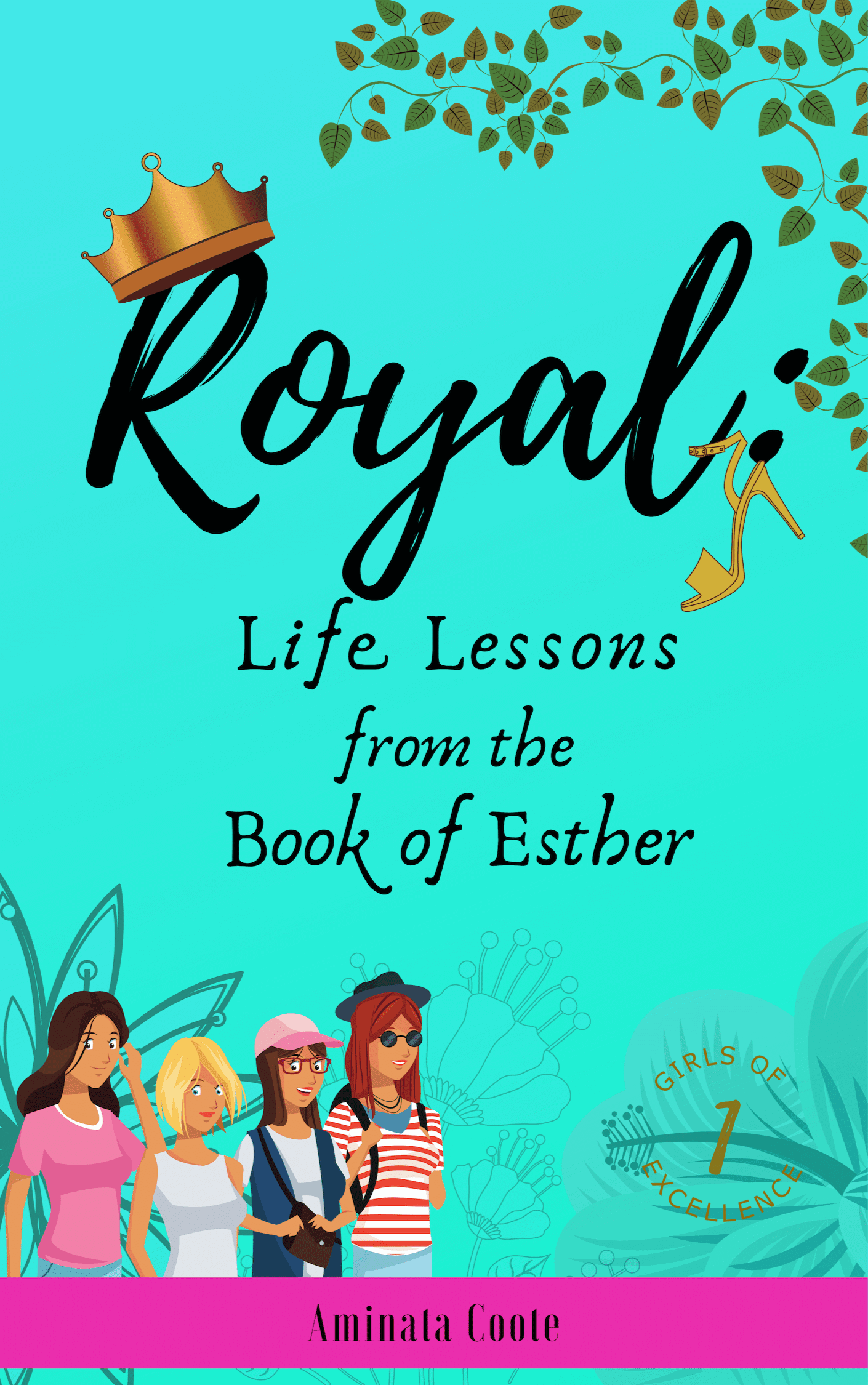 Aminata Coote is a Christian author and blogger. She is passionate about teaching others how to study the Bible.  She is a wife, mother, author, and follower of Jesus Christ who encourages women to spend time with God and root their identities in Christ so they’ll be able to focus on running the race God has set before them.

She is the author of multiple books including How to Find Your Gratitude Attitude and Through God’s Eyes: Marriage Lessons for Women.