I was sitting in the waiting room, when it hit me.  Fear.  Could this really be something?  The reality drenched my heart with heaviness and an intense anxiety that I had been denying.  I stay so busy; it’s easy to do.  Too many other priorities and plans can so conveniently intervene when needed.  Life can be used to distract us from the obvious.  But now, I was there… facing something I had turned away from for too long.

What could it be?

I need to let someone know other than my husband.  I didn’t want my friends to know- they don’t need this burden.  It’s not a burden yet.  It’s just a look into something I have been wondering about that my ENT found while examining me.  My headaches and sinus issues had gone on long enough.  I needed an answer.  He felt by my neck and ears and found it.  This ‘thing’ I had played with for some time now that I thought nothing of…  this thing that was a lump.  He gently claimed we needed to get an ultra sound to further investigate.  I politely conceded.

No big deal.  Or was it?  This was the question I was now facing…  was it?

I sat alone with my thoughts unraveling and twisting into dark corridors of fear and imagination.  Those poisonous  ‘what ifs’ invaded my mind.

Who can I tell?  I needed to tell someone. Someone safe.  Someone I trusted.  It had to be someone who was distant, so as not to start a chain of calls and prayer requests.  I just had to get it ‘out there’ before I went in.  I texted her…  And sat helplessly alone waiting.  I felt relief when she responded…

They called my name.

After the paperwork they led me back to the ultra sound room where this adorable bubbly young tech met me and we chatted the small talk stuff with a hint of loveliness and light.  She then gave me instructions.

“Have you ever had an ultra sound before?”

“Yes.  In both breasts for a year or so to track some abnormal tissue.  And an ultra sound led biopsy in both breasts, as well.”

“Okay- good.  Well I am going to put the gel on you and take a look!”  She said with such a cute demeanor I simply wanted to hug her.  Her sweetness was the perfect blanket to cover my simmering inner turmoil.

“You are such a cutie pie!  I figure you can’t tell me anything, but I will know if you let out a huge ‘GASP’ when you look at the screen!!”  I joke, with my ‘Chrissy spin’ that usually lightens the mood and never fails to release a giggle out of the most hardened of hearts.

She has changed her bubbly disposition.  She is serious.  She is focused so intently on the screen that I try again to break the ever-changing lowering weight of the room’s space.

“Or if you start sobbing uncontrollably, I will know it’s not good!”

The room started to feel suffocating.  It was dark and she was unresponsive to my quirky gestures.  She kept moving the wand around my neck into my hairline while staring deeply into the images while she was clacking onto the keyboard typing things I couldn’t see.  I laid there still, quiet, realizing that she was no longer my perky friend- and I tried so hard to fight the urge to scream…

The minutes lingered painfully, as she kept on her course of investigation reapplying more gel and staring silently at the screen while waving her wand around my head and neck.  Over and over again.  The moments grew unbearable.  My mind raced… into thoughts I never intended to think, emotions that unwillingly took over, prayers I never thought I’d pray.

“Excuse me, I will be right back.”  She pushed out her chair and with no eye contact or a hint of a smile, she walked out of the room leaving me alone- with my thoughts, my emotions, my prayers.

I laid still, my neck tightened in knots of pain from being turned for so long.  My eyes stretched up as far as they could to see the screen.  I saw the mass in the image, but I knew nothing. Where did she go?  Was she going to cry in the bathroom?  Could she not handle the idea of what she had found?

“No.  Just calm down.  You know nothing.  It is nothing!  Stop.  Don’t go there…”  I whispered gently to myself.  Trying to find peace where there was none.

In the dark room.

Rolling thoughts of the unknown and the reality of my mortality slurred into this unwanted confusing despair.

“Hello there!”  Another woman enters the room alongside of the ‘used to be friendly’ tech.

The older woman sits down and starts to take more images, while the young one watches intently, standing behind her.

“Everything okay?” I manage to squeeze out with a dreadful anticipation under the wild imagination that has now become my reality.

“Oh, I was just going to make sure all the images were complete and we could get at it from every angle. You’re doing a great job honey.”  She appeased, almost treating me like a child.  I was bit un-nerved at her light demeanor, but reveled in it for comfort.

“Okay.”  I said with a soft child-like whisper.

More time.  Laying still.  More gel.  More silence.  More air suffocating out of the room with a dense weight no one dared to lift.

“You are done.  I will walk you out.  Sorry the gel got in your hair.”

“Oh, no worries!  I certainly haven’t showered yet today!”

The cute girl walked me through the corridor without any word or hint of connection.

“There you go.  Take care.”  She forced a smile, as if she had to wear it as a mask.  The awkward tension was thick and the politeness between us both was futile.

“Okay.  Thanks!”  I smile with a withered heart and a quiet confusion that left me questioning what just happened.

Walking to the parking lot of the hospital, I was in a fog. What do I do with THAT?  What?  I can’t… go… there…

I drove in silence home.  In shock.  Frozen.  Paralyzed.  Too afraid to use words and share any of this with anyone.

I finally called my friend that I had texted in the waiting room and shared what happened with her…as I picked up child number one and two… on to the next school.   Three and four… drop off, drop off, drop off…and five and six, the last two to take home, where the motion didn’t stop as the after school hours suck you into motherhood.  I was struggling to focus, but wanting the distraction at the same time.

I couldn’t stop to breath and let the fear in.  Thankfully, I just couldn’t.  It got so late, I didn’t even get to tell my husband.  Other demands came into play and the night was over.  I didn’t want to go there.

First thing the next morning, my doctor called.  I thought they were confirming my follow up appointment for the ultra sound, but they were calling to tell me that I needed to go to another specialist.  My ultra sound results showed that the growth was such that it needed further investigation.  A biopsy.  An MRI.  Possibly a cat scan.

I complied.  We set the new appointment for next week.  I hung up.

Until I get answers… I will cling to this:

I know the Lord is always with me.

I will not be shaken, for he is right beside me.

Intercession.  It’s some big fancy religious word that- to me, means…

Thanks my dear friends.

James 5:16
Confess your sins to each other and pray for each other so that you may be healed. The earnest prayer of a righteous person has great power and produces wonderful results. 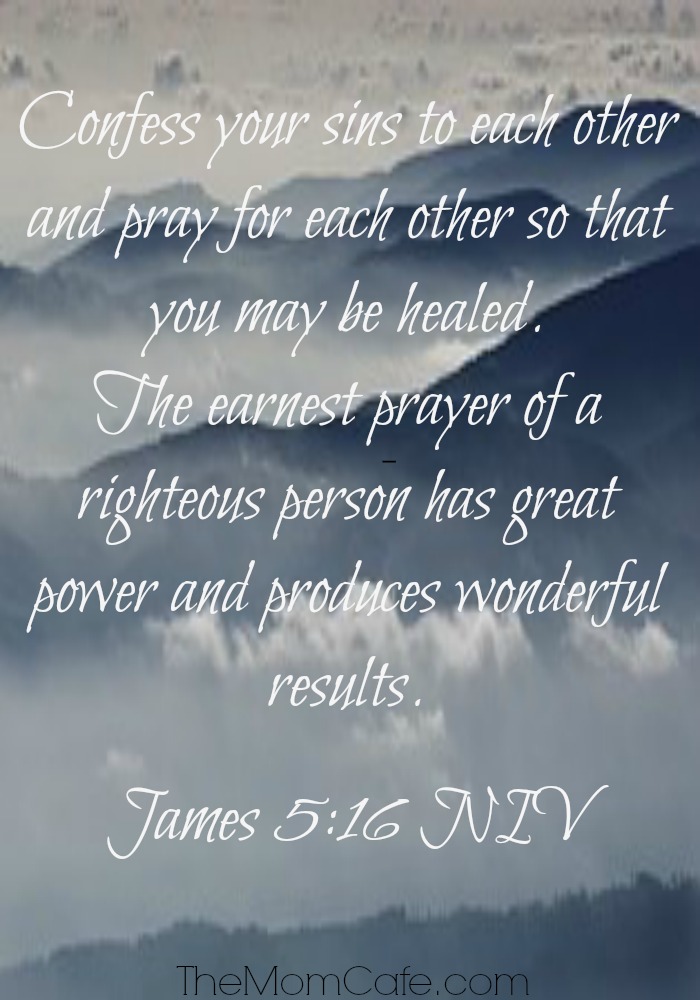