Oh friends, we are in for a treat today!!  My dear friend Dana from Kiss My List is sharing her faith!  I think you will find her perspective fascinating, as I did.  I admire her journey through thoughtful intention and commitment to what she believes.  I have learned so much about Judaism through her testimony.  Come share in her faith story and remember you too, are welcome to be in this series through sharing your own faith!  I would be honored to have you. 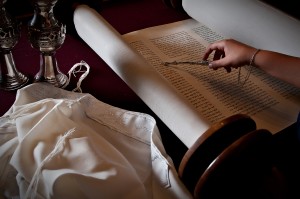 I am the child of a Catholic father and a Jewish mother. When people asked me my religion when I was growing up, I said that I was both. My parents’ plan was to expose my sister and me to both religions, and to let us choose when we were older.

While well-meaning, it was a faulty plan. Our only religious exposure was a few years of Jewish Sunday school. Both of my parents are only children, and my paternal grandparents passed away before I was born. The only extended family I had were my maternal grandparents, and it is from them and my mother that my Jewish cultural roots were planted.  My religious roots came later, although according to traditional Jewish law, I am a Jew because I was born to a Jewish mother.
I attended a Catholic college, and ironically it was there that I truly became Jewish. I was surrounded by Christians, as I had been all my life, yet at college Catholicism was an integral part of the community. I studied in a quiet dorm while my roommates went to weekly Mass. I took the required Religion class and studied the books of the New Testament. I even joined the hand bell choir that performed at special Masses. While all of these experiences made me feel a bit isolated, they also served to strengthen my own beliefs. I learned about Christianity with curiosity and interest, yet I did not waiver in my own faith. Instead, I became more certain that Judaism was where I belonged.
When my husband and I were engaged, we discussed religion in depth. He was raised Catholic, and he proposed the same thing that my parents advocated years ago. Expose our children to both religions, he said.
I stood my ground. I wanted our children to be raised in one faith that was supported if not practiced by both parents. We decided on Judaism, knowing that I was to be fully responsible for our children’s religious education.
When I was pregnant with our first child, I had the conversation I had been dreading. I sat down with my father and told him that Matt and I were raising our children in the Jewish faith. I felt like I was choosing one parent over the other; I felt like I was letting him down. To his credit, my father was gracious and accepting of my decision. My in-laws were as well.  I know it is not easy for the three grandparents to watch their grandchildren be raised in a faith that is foreign to them, yet they have always been supportive and nonjudgmental. I like to think that they would rather have their grandchildren be raised with a different faith than with none.
And so it has been. Our children have firm roots in their faith, and they know that both of their parents stand behind them. By honoring my commitment to raise them Jewish, my own religious roots have grown alongside my children’s. They have far surpassed me in their knowledge of Hebrew, and my heart swells when I listen to them participate in services to an extent that I never have.
While our Siddur (prayer book) refers to Jews as God’s chosen people, that can be interpreted many ways. My own interpretation is that all people are chosen by God. This blog is one of the few I read with a religious slant, because I am saddened and frustrated when the writer posits that one can only be saved only by knowing Jesus. Yes, Christians believe that Jesus is God, and Jews do not. Our God is One, and not of the Trinity, yet I believe the same God is the center of both faiths. The God I believe in would not turn away a person for believing in a different iteration of God – whether that is Jesus, Allah, or God by any other name – or even for believing in no God at all.
So what does being a Jew mean to me? Judaism is more than a religion: it is a culture rich with tradition. There is no dogma, and little discussion of an afterlife or other abstract beliefs. It is not a religion of absolutes. It asserts that there is one God, and that we are created in God’s image. The Torah is our holy text – for Christians this is the first five books of the Old Testament. It is written in Hebrew, and contains the ten commandments, as well as 613 mitzvot (commandments). As a Reformed Jew, I view the Torah as a living document inspired by God, but believe that Judaism must change and adapt to the needs of present day.
At its essence, Judaism is concerned with the well-being of humanity. The focus is on our actions and our relationships – between the individual and God, between God and the Jewish people, between the Jewish people and Israel, and between one another. Reformed Judaism is committed to Tikkun olam – repairing the world. This is a hallmark of our faith, and I strongly identify with the commitment to social justice.
Organized religion is our way of making sense of the world and our part in it. It should provide comfort and unite us, not divide us. Some people embrace the structure and teachings, and some do not. It is a personal journey for each of us. My own journey has brought me to a place where I am sure of my beliefs, and I want to instill that confidence in my children. I want them to find strength in their faith as they grow into compassionate and moral adults. Isn’t that what we should all strive for?