I have been feeling pretty miserable for over a year now, and struggling with why. There were some days I woke up so sick I thought I had the flu, while other days my symptoms were more bearable. Then there were those days I thought I was deathly ill. I couldn’t figure out why. I managed as best I could, with whatever symptoms revealed themselves on any particular day, but there were countless days I just had to cancel my plans, and try to function through the hazy blur of aches and pains, bloating, nausea, no appetite, headaches, break outs, chills, overwhelming fatigue and I would often become dizzy and unable to concentrate at its worst. Oh so many days, I became depressed, trying so hard to figure out why I was always so sick! I would attempt to battle these symptoms with what positive thinking I could pull up from the depths of my weak and trembling body. I just couldn’t figure out what was causing such horrible symptoms…

I rarely go to the doctor, so I finally gave in last year and went thanks to a gentle nudge from my beloved Lizzi. I was thinking I had some bowel obstruction causing my bowel issues and awful physical symptoms. I began to fear the worst- that something more serious was going on. The doctor prescribed some strong laxative pills to clean me out, yet it did nothing for my symptoms. I managed through months of continued suffering before I went back again to ask for a more in depth investigation as to why I would be so sick. I had a CAT scan and kidney tests and blood work- all of which came back fine. I had already been tested for allergies and had never had any reactions to food before, but I kept thinking there must be something I am eating or doing that is causing all of this…

I couldn’t connect any particular food or activity directly to feeling sick. I was so depleted and discouraged, I was losing hope and honestly? I felt like every day was a gamble to whether I would be able to have a productive and healthy day full of hopeful vitality. I’d often lose. It’s been awful. Last winter I remember day after day, feeling so horrible and desperately crying to my husband about being barely able to function. I was truly scared something very serious was wrong with me.

Many people that knew about this, talked about gluten and the idea of it being the culprit, but I dismissed it having never had a problem with it before. As I poured my heart out to some precious online friends, my beloved friend Jennie continued to raise the idea of gluten being the possible problem (bless her). I sought a GI specialist and scheduled both a colonoscopy and an endoscopy, fearing I had severe ulcers or something worse in my intestinal track or colon. After Jennie told me that you can develop gluten intolerance later in life and promised me I would notice a difference within a week, I decided I had nothing to lose-

After a few days, I started to feel less achy and weak and fatigued. My break outs stopped and by the end of the week my bowels started to function normally. I was realizing this may actually be IT! For the first time, I was encouraged that I would finally get well!

I have never been so relieved in all my life. As I continued monitoring my diet and eating gluten free foods, I began to feel so much better! Then I accidentally ate a ton of it not realizing I did and woke up feeling absolutely HORRIBLE. After researching the food I ate, I realized I did in fact eat gluten (Teriyaki sauce) and this was the confirmation that led me to truly believe I found the answer.

I was amazed that someone like me, who never had a problem with any food whatsoever- could be knocked OUT physically by gluten. I honestly thought only people with Celiac Disease (that is genetic) were the only ones who would need to tend to gluten reactions. I had no idea that people can actually develop gluten intolerance despite not having Celiac Disease.

After yet another accidental dose of gluten (I really suck at this), I have been miserable for the past week and slowly starting to feel better again. I am new at this thing. It is not an easy feat to start a gluten free diet without careful research and consideration of all the foods you eat!

I am both relieved and saddened to have this answer. I still wonder why I have developed this gluten intolerance. What on earth would cause it? I need to really dive into research and educate myself much more on all of this. I’ve merely spent these past weeks truly thankful that I now KNOW what has been ailing me for so long! I know I know I know! 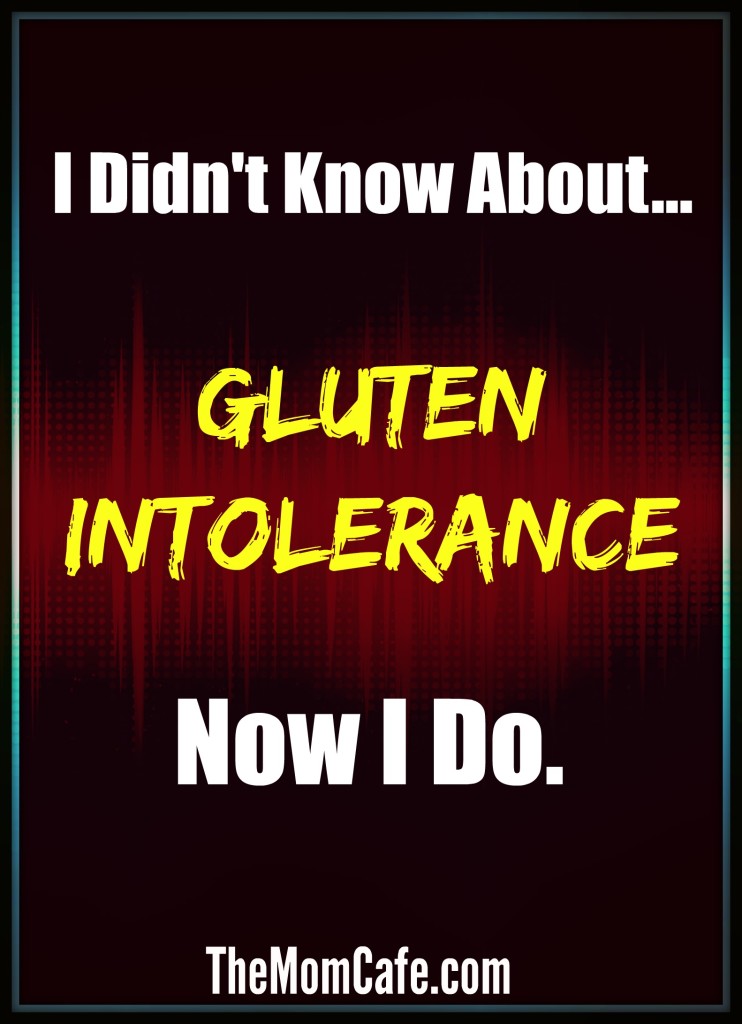 Oh, it was so awful to be so sick and not know why…

What is settling into my heart now, is the reality that I must live a GF life. I look into my fridge and question everything. My pantry is gluten heaven. Those cinnamon rolls I stocked up on for the upcoming holiday, all the delicious breads and the best pizza in town will never be eaten again- by me. I’m slowly starting to learn that although I have to say goodbye to SO many foods I love, there are many options out there that I have only begun to acquire.

It’s a long road ahead for me. I’m only at the beginning of this path.

I’m so grateful to Jennie, because I would have never considered Gluten to be the cause of my sickness. (By the way, she has a rockin’ GF recipe page on her blog, full of amazing food!)

I’m so glad I finally have an answer.

I know GF diets have been around for years. I never really tuned into them, because I had no reason to invest my time or attention to anything related to gluten free foods or the affects gluten can have on someone.

I’m sharing my story, because I can only wonder if there are others out there feeling miserable and wondering why. It’s such a horrible place to be in when you are continually sick and have no answers. Oh, how I know.

Symptoms vary for everyone, but I am going to list the symptoms I had again, in case you may be experiencing any of them yourself.

If you have any of these symptoms, perhaps this is something you may look into as well. I found this cool website with loads of information.

I’m not thrilled to face my future living Gluten free. I’m going to miss the foods I love. It’s not going to be easy, but rather frustrating and complicated…

But oh, I’m SO ready to feel better.

I’ll take that over deep dish pizza any day. (She says with a tear in her eye.)