My next Devotional Diary friend is the wonderful Angela from Writer Mom!!  She is a kind and lovely soul that I am so honored to know!  I am thrilled that Angela wanted to share her faith story with us all, and I am sure there will be many people who have been down this same winding road.   I am grateful as always, for her to share her story and her history, and most of all her heart.
My Winding Road of Faith
My Faith story is unique to me, as I’m sure yours is to you.  I’ve yet to meet anyone else who has a similar story to mine, and that is perfectly okay!  If you find some similarity to yourself in my story that will be okay, too! 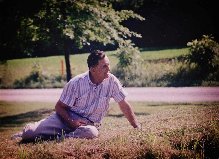