A dear friend of mine sent me this beautiful glimpse through the window of his road oft traveled. I asked if I could share it with you all, and he complied. I know the message of this post is powerful, and one that we all can take a deeper look into if we so choose.

Thank you Mark Holbrook, for sharing your wonderful perspective here! 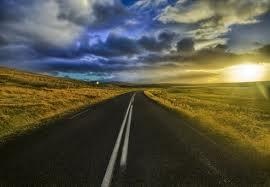 I was heading home the other day, traveling along a winding road I often drive. It was cold, snow on the ground, a normal winter day. Coming around a curve, I passed a woman trudging through the snow loaded down with bags of groceries. She was obviously heading home from the store. Knowing the neighborhood, I knew she had a ways to travel to the next closest apartments and her demeanor indicated as much. She had a look of silent determination on her face. She had a destination. Perhaps she had children waiting for her return. Perhaps there was medicine in one of those bags that would alleviate a child’s suffering. Or maybe just some basics for the kitchen to get through the coming week. I thought about turning around and giving her a ride home, but quickly realized that, unfortunately, in our society today, men can’t give rides to women. That made me sad. I wondered what she was thinking as she plodded along in the snow. Was she preoccupied with the lack of a car? Was she anticipating the end of her journey. Or, was she simply focuses on each step?

As I continued down the road, coming closer to home, I passed another woman. This time, the circumstances were quite different. She appeared to be the same age as the first woman, about 30-35. In this case, she was dressed head-to-toe in very nice winter running attire, complete with headset for listening to music while running. The irony of these two women’s situations struck me. The first, walking a long route, not by choice, but to provide for her family. The second, making the choice to jog along this road when she could have easily driven. No look of determination on the face of the runner, she moved easily along the road, obviously in good physical condition and enjoying doing something for herself. As I reflected on these two women it occurred to me that just the clothes the running woman wore probably cost as much as the first one spends for a week’s worth of groceries. Or even two weeks.

Same road, two very different circumstances. Two different journeys. To different experiences. Two different worlds. How often does this happen in life? A path that is a trial for one is a triumph for someone else in different circumstances. It reminded me of this past summer when I decided to take up cycling. I trained all summer to do a 75 mile ride with friends. We had a great time and the sense of accomplishment was rewarding. But, how many times have I seen someone on a bike struggling to move forward, weighted down from bags of aluminum cans collected to earn a few precious dollars for survival. Same activity, two very different experiences. One by choice, one by necessity.

How we experience the paths we are on may have as much to do with the experience of the journey as our circumstances. But maybe I have it all wrong. Who is to say that the situation might be the exact opposite? Perhaps the woman with the bags of groceries has joy in her heart. Perhaps, while physically toiling along the road she is inwardly smiling in anticipation of entering a loving home. And who knows but that the running woman, for all of her seeming material comfort, isn’t running to escape a home of tension and frustration.

If we put our trust in God and his plans for us, it is as we find in Luke 1:79 when Zechariah celebrates the birth of his son John and the promise of the Messiah, “to shine on those living in darkness and in the shadow of death, to guide our feet into the path of peace.”

Mark Holbrook is 53 year-old resident of Columbus, Ohio who spends much of his time living in the past – mostly because he works for the state historical society and is a passionate Civil War historian. When he isn’t doing the history thing, he really enjoys cycling and playing golf with friends. An author of history articles and a book, Mark occasionally likes to write about the present day.