When you have a kid that’s good at pretty much everything, you sometimes want him to lose. I want to share the valuable lessons on losing and what it teaches our kids. This story reflects just that.

A few years ago, my son was in an annual JiuJitsu tournament. He competed with kids in his age group from several different schools, and for the first two rounds of grappling, he won his matches with ease. I took a picture of him after one of the wins, and posted it on FB with the hashtags: #Fierce #Strong #Winner. This is all true.

But there is so much more to this story.

As the day unfolded things changed, and my heart continued to twist into regret that I used one particular hashtag:  #Winner. There is a profound hypocritical piece to this, of which I am still struggling to resolve.

You see, after those two wins, while we waited during the halftime break, my son came to stand by me as he said: “It’s so easy, mom.”

Here is where it gets real.

My boy is good at pretty much everything he does. It all comes easily to him. He’s incredibly gifted in athletics and academics, and can pretty much do anything he wants to do and do it quite well. He is used to winning, familiar with success, and rarely fails or falls.

This has fed his perfectionism and created this innate prideful programming in his mind through his formative years. He fears being lesser than or imperfect, and he anticipates and expects to be the best at everything he pursues. He works hard at times to assure he stays on the top- but he has rarely felt the weight of being submerged on the bottom.

He talks about the angst he feels to make sure he holds the “class record” for all the P.E. tests. He shares with excitement about winning races, or his ongoing scores while playing soccer or football or basketball at recess. He gloats about his high reading levels and how he can solve a math problem before his peers.

He lives on top. And he loves it there.

Now, don’t get me wrong- there is a fierce force within him to be kind, compassionate, and thoughtful despite this hidden arrogance. There is another drive to work hard and be fair and invest in his gifts with a sense of integrity and duty. There is also an innocence to his confidence that is naturally birthed without blame but rather motivated by his abilities and the sheer determination and a natural drive to be the best he can be. I’m all for that.

We all need that motivation, that determination, and that confidence in who we are and what we can offer this world and ourselves, and sometimes a little pressure is a good thing.

It’s the missing element in his life that will grow him in new ways.

Instead of always being on top-

I want my kid to be on the bottom.

So after he said how easy the past two matches have been, I immediately challenged him. I told him he needed to go to the next age group where there are much bigger kids. My ten-year-old is fairly small, and these kids were big. On that particular mat, there were kids who were 11 and 12 years old and some looked even older. They used additional submissive techniques like choke holds and arm bars, where there was evident danger and risk.

I pushed for that mat because although it feels un-easy and conflicting, I know when my kids are in need of the nudge. What’s worse than staying safe and not daring to go another step? The deep longing of regret after the opportunity has passed.

I sensed his fear, his resistance, and his need for staying in his safe world of success.

He eyed the big kids and the fierce grappling on that mat, and claimed it was too much.

I kept pushing. I told him, he isn’t challenged and he isn’t growing or learning in the comfort zone he is in. I charged him to take brave steps into the new ring and dare to fail. I told him with utter honesty that he was bailing out for the sake of his pride. I call it like I see it. That’s how I parent.

I pushed more. He pulled back and we did a dance of pushing and pulling for a while until I pulled rank as his mom.

We walked over to his coach and I asserted the need for him to be challenged, while my kid continued to tiptoe on that fine line between wanting to go for it and needing to not budge one bit. He kept saying “Maybe after one more match”, and I kept repeating “NOW or never.”

I’m sure his coach thought I was a horrible pushy aggressive hardcore monster of a mom, as he watched me battle with my boy with that “LOOK AT ME!” lecture, while my boy grew increasingly antsy with darting eyes- agitated and unsettled with it all. I was startlingly aggressive in my stance, and it felt ugly and mean and conflicting.

I don’t know why this beast within me was birthed, but as I process it all now- I realize it was that one word: “Easy” that got me.

I believe I wanted my boy to grow from the bottom more than I wanted him to triumph on the top. It became this passionate pivotal moment for me- to persuade and push my boy-

I wanted so desperately to take away the easy… And lead him into the hard.

I knew he would end up on the bottom. The bottom of some big older kid who would have him in a chokehold. I was aware that this was a daring move, but at that moment I felt this desperate disgust against anything easy for my kid. I wanted to throw him under the pile.

It turns out they found the strongest fighter in the same grappling age group as my kid- and paired them up for the next round.

My kid lost that match. I think he may have tasted the matt more than once while he fought hard from the bottom.

It was difficult to watch. I wanted to cry and rescue him. I wanted to take back everything I did and said. Because as much I knew this needed to happen, I also am well aware that watching my kid remain on top is always enjoyable for me to witness. Turns out, we both battled on the bottom.

And it’s exactly where we needed to be.

And I couldn’t be more proud.

We left that tournament a little worn, a little raw and a little unresolved.

But what I’m most proud of is how my kid lost.

He didn’t fall apart, question his worth, or get angry at me or at himself. He was able to recognize how brutally strong and skilled that kid was who defeated him.  He seemed to accept his limitations and quietly celebrate his efforts- both with a sense of integrity and a ripened taste of reality. I believe he got a bit rattled, but I also witnessed new forming character traits- the ones I want so desperately for him to grow.

The bottom doesn’t have to be that bad. We can actually learn a lot more from down there than from up top. Challenges and tests and trials are not easy– but we will come out a little bit stronger, a whole lot wiser, and interestingly enough… 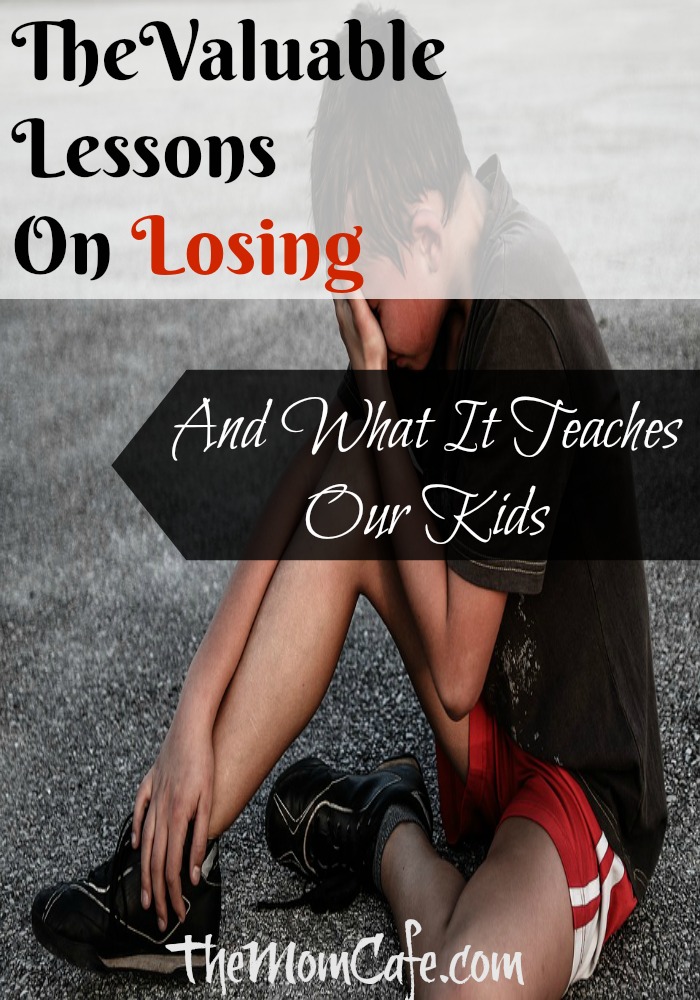 We can even feel like a winner, having fought the fight hard. My boy felt pretty good about how hard he fought against that guy, despite not winning the match.

I’d add the hashtag #Winner to that loss any day because he proved to be more of a winner on the bottom than he was on the top.

This post was first published over at Her View From Home.