I’ve realized something quite profound recently. It started with a project my daughter had to do for her language arts class. She was to write a timeline of all her pivotal moments in her short little history, and explain the impact those moments had on her. I thought this would be an interesting pursuit and I was eagerly waiting to see the finished product and learn of what she believed defined her very existence. When she was done, she proudly brought the large paper over to me, decorated beautifully and full of graphics and artistry of a typical 11 year old dreamer. I focused in on the ‘moments’ she shared. 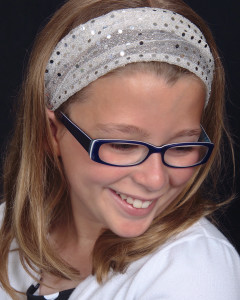 Most of her moments that she rendered significant were from the last two years. I immediately burst with “Really? You didn’t write anything about…” I began to list several events that outlined her history and many of them were triumphant or debilitating experiences that truly captured the essence of her life. She had no response except a confusing, “I don’t remember that mom.”

I was blown. Away.

The only remnant of her ten years of being sick and struggling through medical procedures, treatments, illnesses, doctor visits, specialists, ER visits, hospital stays and surgeries and medicines and countless other traumatic trials was her claiming to remember meeting her ENT doctor for the first time as she noted how nice he was and that she never left him without a lollipop stuck in her shoe.

She finds nothing else significant in her first ten years of life.

How could that be?

I’m sure if I prodded and gave her some clues and painted some pictures of circumstances and teachers and people and on goings in her younger years, she might release that “Oh, yeah!” But without my guidance, my prompting, my actually telling her about these memories- she doesn’t pull them up from her mind.

I find that utterly amazing.

Because I remember it all.

I could go into vivid detail about each and every breathing treatment I went to the school to give her, up through third grade. Hundreds of them. I could tell you the look on the doctor’s faces, each one of them- from the Pulmonologist to the GI specialist, and each doctor in between. I could still hear her coughing, and her precious moaning and crying in pain. I could see her twirling in a tutu wearing a wig while singing every song on every cd I ever gave her, as she coughed and coughed and had no problem regaining her step right after. I could count the capillaries burst in her face from the pressure for days and days of this torture. I remember the pit in my heart after an ultra sound or procedure or evaluation, and all those moments rendering a diagnosis, where my stomach curled and my voice trembled and I walked out even more confused than before, clinging to a desperate hope for healing. These were the years of ongoing new developments and twists and turns in a drama that seemed to never end.

I could describe the therapy rooms, the testing, the chunks of hair she pulled out of her head and the way we would sing through endless painfully long nights of her coughing to the point of vomiting over and over again, out on the cold back deck wrapped in blankets attempting to force her breathing into submission. I could tell you every single time she came to, after anesthesia with such uncontrollable savagery; I would melt in tears and say “This is NOT my baby!” I could share how every single doctor fell in love with her smile. I could reveal how each time I took her to another medical facility, another therapy, another doctor, I was nearly shaking and wanting to fall to the ground and give up. I could tell you what a warrior this girl was through it all.

She remembers an ENT with a lollipop.

Oh she knows these stories, as told through the years of me recalling her bravery, her fight, her adorable light and her ultimate healing. She has heard me talk about each and every medical issue she has had, through the countless doctor visits and patient assessments and evaluations and tests she has been through.

But when asked to produce her own timeline of significance, she doesn’t include them- because they don’t define her.

What defines her are the things she identified in her project:

*When she met a kind doctor who gave her lollipops, she realized that doctors were kind and she didn’t have to be afraid of them.

*When she joined the guitar club, she realized her love of music.

*When she finished her first book, she realized her love of reading.

*When she climbed her first tree, she realized her love for nature.

*When she began swimming for a swim team, she realized her love for swimming.

*When she went into the ocean for the first time, she realized her love for the beach.

I love that THESE are the things that define who she is. And yet? I know better.

I know that the first ten years of her life built the foundation of her character. Those traumatic years created a strong, resilient, profoundly compassionate heart that perseveres through challenges and is constantly intentional with her choices. Those trials developed within her, a spirit of tenacity and willingness to put her mind into her studies, and pour forth her dedication and commitment to life’s demands and opportunities.

This girl never gives up. Ever.

Those were her biggest growing years, and I didn’t know it until now. Those were the years she was defined as sick, a medical anomaly, fragile, and surprisingly strong. Beautifully unique.  And despite everything she endured…

She kept rising through the rubble of every fall and carrying on like a true victor in the war- ultimately walking off the battlefield without a scar.  She only has marks of this timeline, on paper and in my memory…

But the totality of who she is, in essence is not the very events that are remembered, but the person she has become because of them.

I find that utterly amazing.

And perfectly on purpose.

What memories do you have that define who you are?

There is power in what you choose. 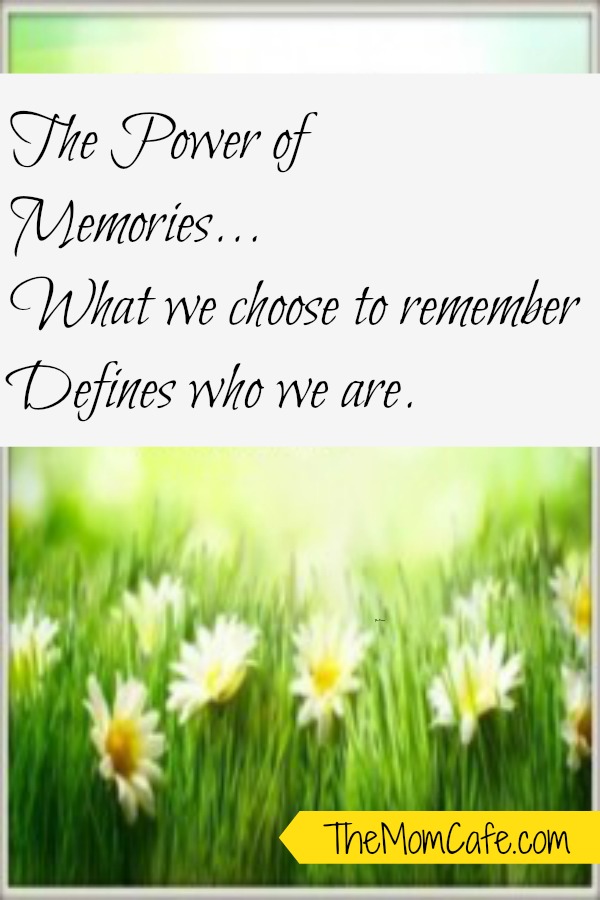 What defines you? We have the power to choose.